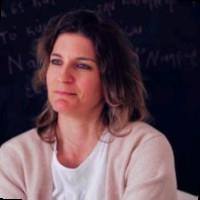 Xenia P. Papastavrou is the Quality of Life Secretary of New Democracy. Prior to that she was Head of Development at the Bodossaki Foundation, Greece’s leading privately owned public-benefit organization. She is on the Board of Directors of Greece’s Food Bank, the country’s first institution to exclusively tackle problems of food poverty and food waste. Her involvement there as a volunteer in 2005 inspired her six years later to develop a simple, cost-efficient and sustainable model of food rescue which would go on to become the NGO now known as Boroume. One of Europe’s preeminent food rescue organisations, it has been credited, to date, with saving and donating more than 25.000.000 meals worth 37.500.000€. For 13 years she worked as an editor at Lambrakis press, a project manager at the Lambrakis Foundation and also taught theory of knowledge at Moraitis school, after earning an MA from the University of Edinburgh and MSc from the London School of Economics. She is a founding member of thw Greek NGO “Library4All”.

M
Τ
W
T
F
S
S
I consent to receive the newsletter of Social Dynamo and I certify that I am aware of the possibility that I can delete my email from the contact list at any time.
Accept
Terms of use